Between 4-8 April 2016, I  visited Bologna specifically to attend the Bologna Children’s Book Fair in its 53rd year.  I have always wanted to go, since attending the much acclaimed Children’s Book Illustration Summer School two years ago, at Anglia Ruskin, the Cambridge School of Art, who have their own stand there each year to showcase work by their students.  The book fair was so inspirational – all the exhibitions and the vibrancy and interest of it all.  One of my favourite books was ‘Un minuto’ by Somin Ahn which depicts the question “how long is a minute?”.  I also really enjoyed looking at all the illustrations on exhibition in the foyer.

All the roads I trod in Bologna during my stay – and I trod a lot! – led to the Fontana del Nettuno by Giambologna in the Piazza del Nettuno, next to Piazza Maggiore.  The buzzy atmosphere all around was intoxicating let alone all the obligatory vinos and cicchetti I enjoyed along the way.  I was quite enthralled and became very obsessed with the San Petronio Basilica that dates from 1388 and the facing of the main facade remains unfinished to this day. I made a drawing. 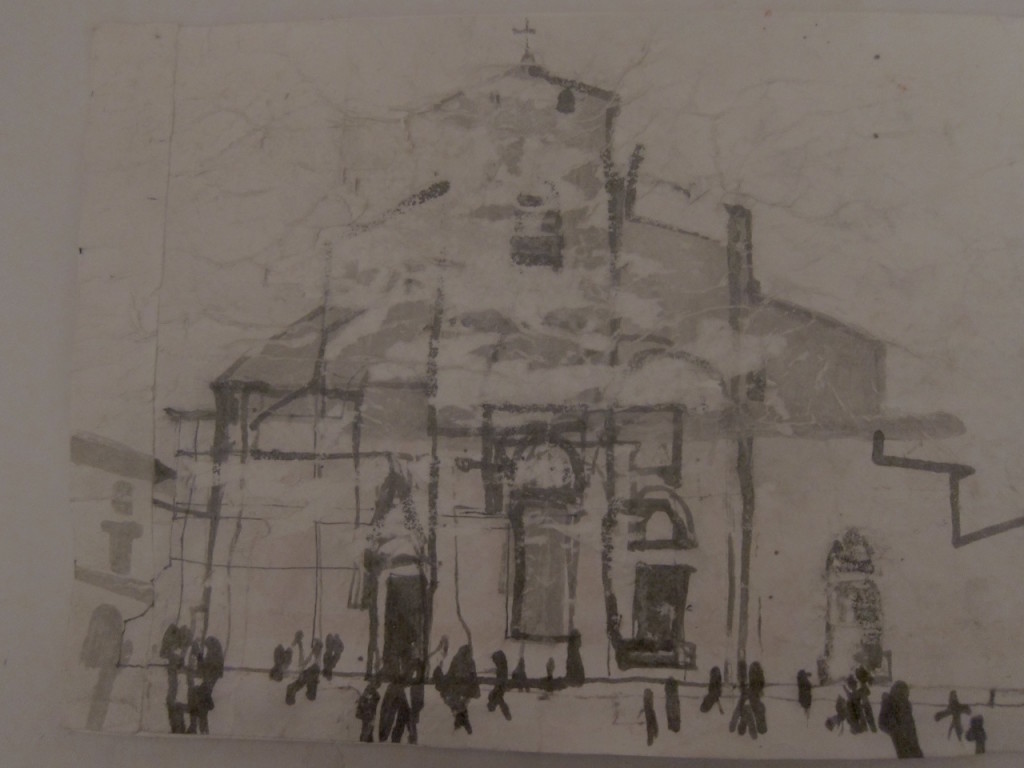